After hiking Humphrey’s peak in Flagstaff, my friends and I hurried back to Prescott to catch the last half of Acker night.  Every single business, or close to it, has a least one musical performance.  You could hear Joy to The World on a banjo, Silent Night by chorus, or rock out to Jingle Bell Rock.  Just look at that schedule of events! 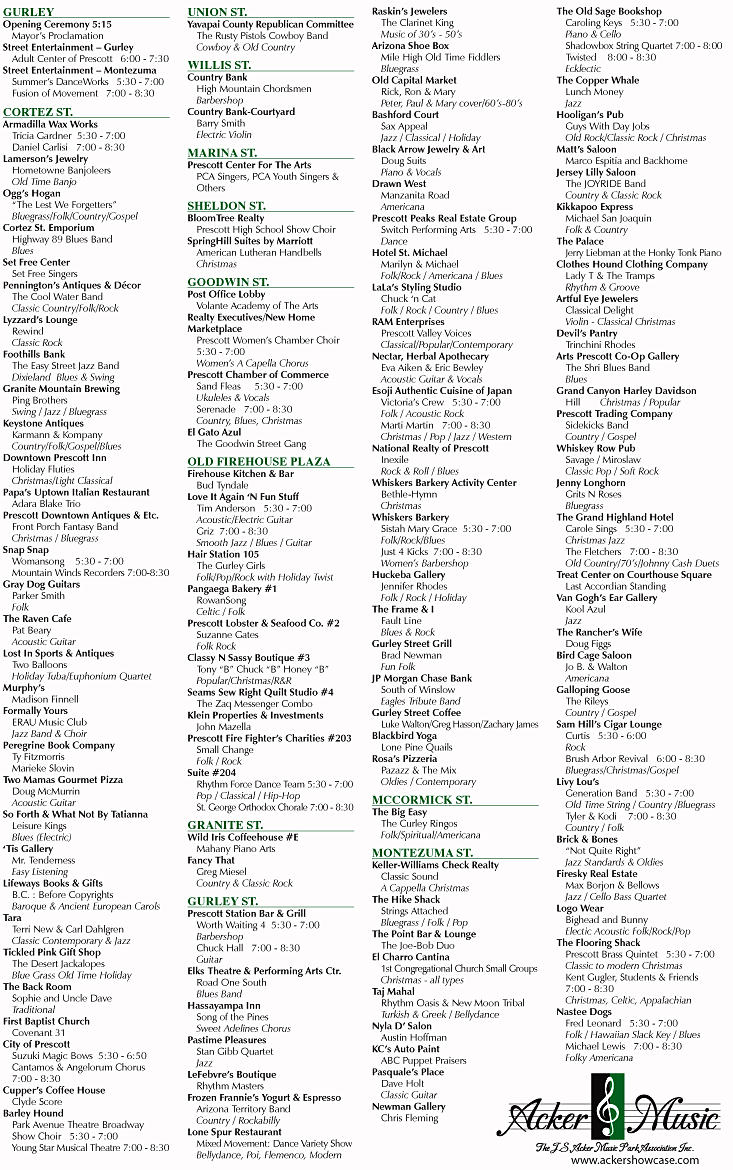 The streets of square are lined with good food, group dances, and even pyrotechnic performers.  Once the festivities came to an end, we grabbed a delicious dinner at the well-known local favorite, Bill’s Pizza.  Prescott has an incredible sense of community similar to Embry-Riddle as seen through this great production. Acker Night is just one of the many events that take place in the square.  This one just happens to be extremely popular because who wouldn’t want to look at that beautifully lit up courthouse!  They don’t call us Arizona’s Christmas City for nothin’.

What is Acker Night? Acker Night is produced solely by volunteers and was originally created to achieve the goals of benefactor and Prescott resident, James S. Acker.  Mr. Acker first moved to Prescott in the early 1900’s. He was a proprietor of a general store which provided a variety of school and music supplies for the children.  In the 1930’s he ran a real estate company where he began to gather parcels of property throughout the community.  He left a number of those parcels of land to the City of Prescott to be used for parks and music programs when he passed away in 1955.  Along with being a fun tradition, Acker Night combines participating downtown businesses with the support of hardworking musicians who donate their time and their talents.  The mutual goal is to keep music alive and thriving for the youth of Prescott.  All of the funds raised on Acker Night provide scholarships for music lessons, instruments and local youth performing arts programs.