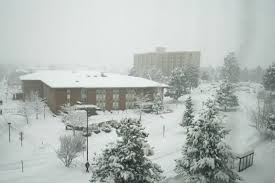 …and no I don’t mean Sir Issac.  I’m talking about the cross-eyed siamese cat that resides in my apartment.  If there is anything I’ve learned from Newton, its that sunshine is the best form of therapy.  Vitamin D from exposure of our Sun is proven to show an increase in brain function and mood.

School will get stressful and it’ll be easy to get lost in your work but make sure you take the time to keep yourself happy and healthy.  Our sunshine activities from this past President’s Day weekend included rock climbing, kayaking, and a lot of lounging.

How cool is it that we live in a place that where its warm enough in February (sorry east cost) to go outside for a whole weekend?  Don’t cheat yourself by by skipping a walk on a nice day just because you’re a little busy.  Speaking of weather, did you know we have a meteorology here at ERAU?  Check out this link to some weather resources! http://meteo.pr.erau.edu/